A new mural has been unveiled at South Woodham Ferrers rail station to commemorate those who have served in the armed forces. 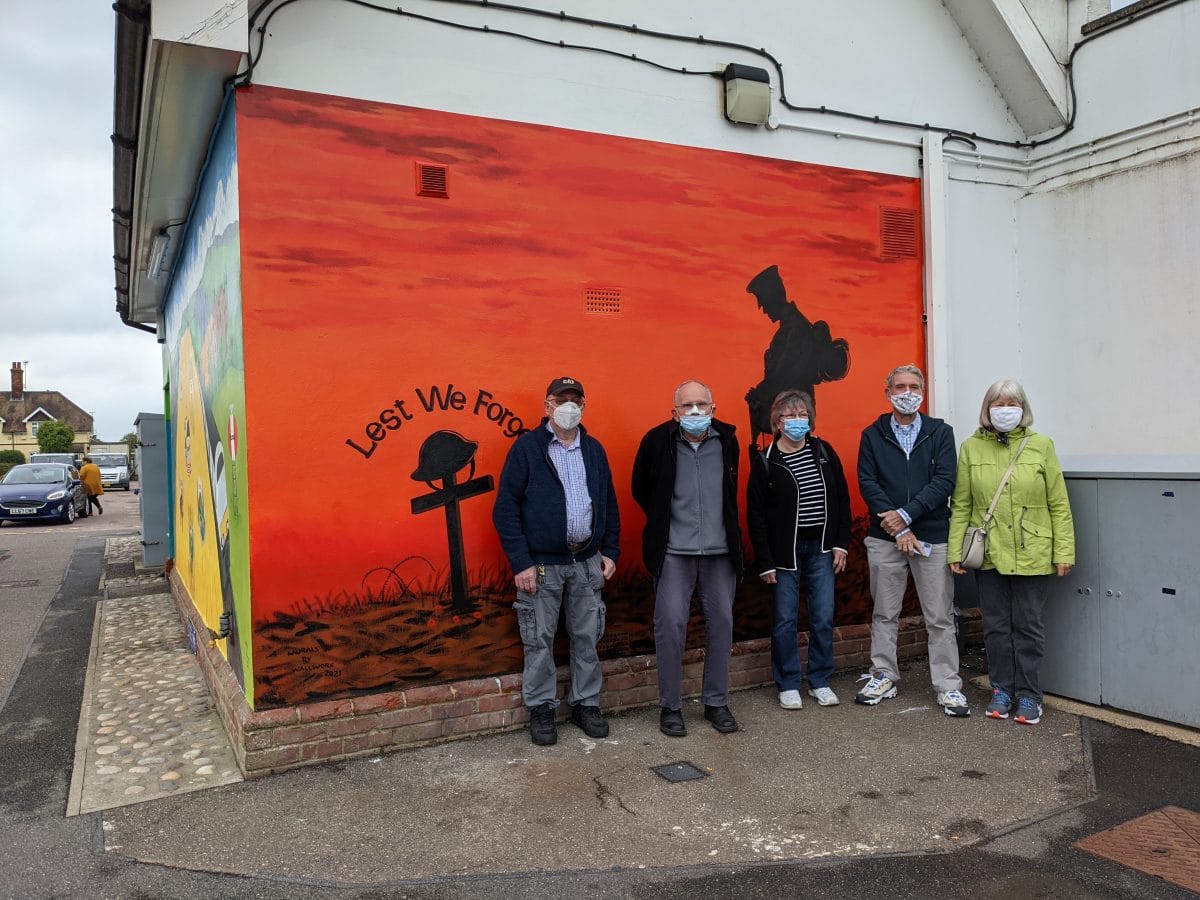 A new mural has been unveiled at South Woodham Ferrers rail station to commemorate those who have served in the armed forces.

Created by artist Keith Hollingsworth, local volunteers, The Village Group and the Essex and South Suffolk Community Rail Partnership in conjunction with train operator, Greater Anglia, the stunning mural recognises the many local people and families with past and present connections to the services and the sacrifices they have made.

The motto “Lest we forget” is incorporated into the mural.

Catherine Gaywood of the Essex and South Suffolk Community Rail Partnership, said, “The mural looks amazing and is a fitting tribute with 2021 being the 100th anniversary of the Royal British Legion.”

The initial work to prepare the station building for painting was undertaken by a team of volunteer station adopters led by Ged Cooper. Artist, Keith Hollingsworth then designed and painted the mural.

Keith, who runs Murals by Wallworx based in Chelmsford, said “Having painted a large mural at South Woodham Ferrers Railway Station last October I was pleased to be asked to paint another this spring at the same location.

“This one is a mural of remembrance featuring a First World War Tommy standing at the grave of a fallen comrade.

“The ground is suggestive of a battlefield and the sky is lit by a red sunset evoking the emotion of the blood spilt in that war and all other wars.

“The theme was chosen by the ‘station adopters’, the group of volunteers who give their time and effort to keep the station looking good. Their wish was for a focal point for Remembrance Day and their plan is to lay a wreath at the base of the grave painted as part of the mural each November.”

Richard Hewes, of The Village Group, who have recently offered funding to the station group for new gardening tools and plants, said, “I have lived in South Woodham Ferrers since 1970, at which time the railway station was very well kept but later began to deteriorate.

“All credit to the current group of volunteers who are now putting new life back into the station. We are very happy to support them in their efforts, including their 2021 garden project.”

Helping to create a pleasant and welcoming station in partnership with Greater Anglia, the South Woodham Ferrers station adopters are local residents volunteering to enhance the station environment. They tend the gardens, water the plants, and keep the area clear and tidy.

Greater Anglia’s Customer and Community Engagement Manager, Alan Neville, said, “This fantastic community project is a poignant tribute to all those locally who have connections to the forces. I would like to thank the station group and community rail partnership and everyone involved for all their work to bring the station closer to the heart of its community.” 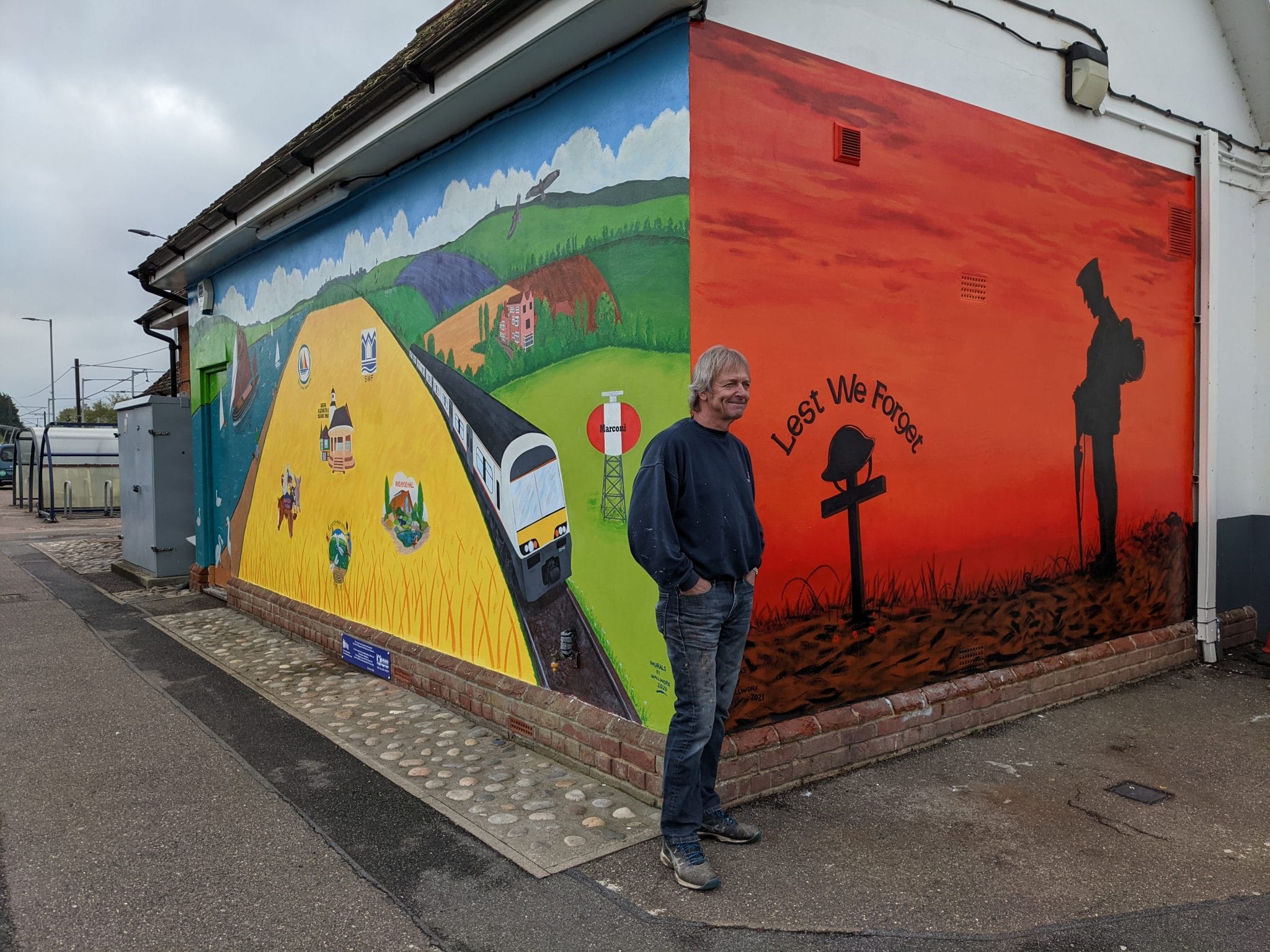