On Sunday 19th May BBC Essex Quest came to South Woodham Ferrers. The radio show which has presenters Liana Bridges and Barry Lewis with the help of listeners solving four cryptic clues to places in Essex. They are in a BBC Essex van and the clues are within a fifteen mile radius. 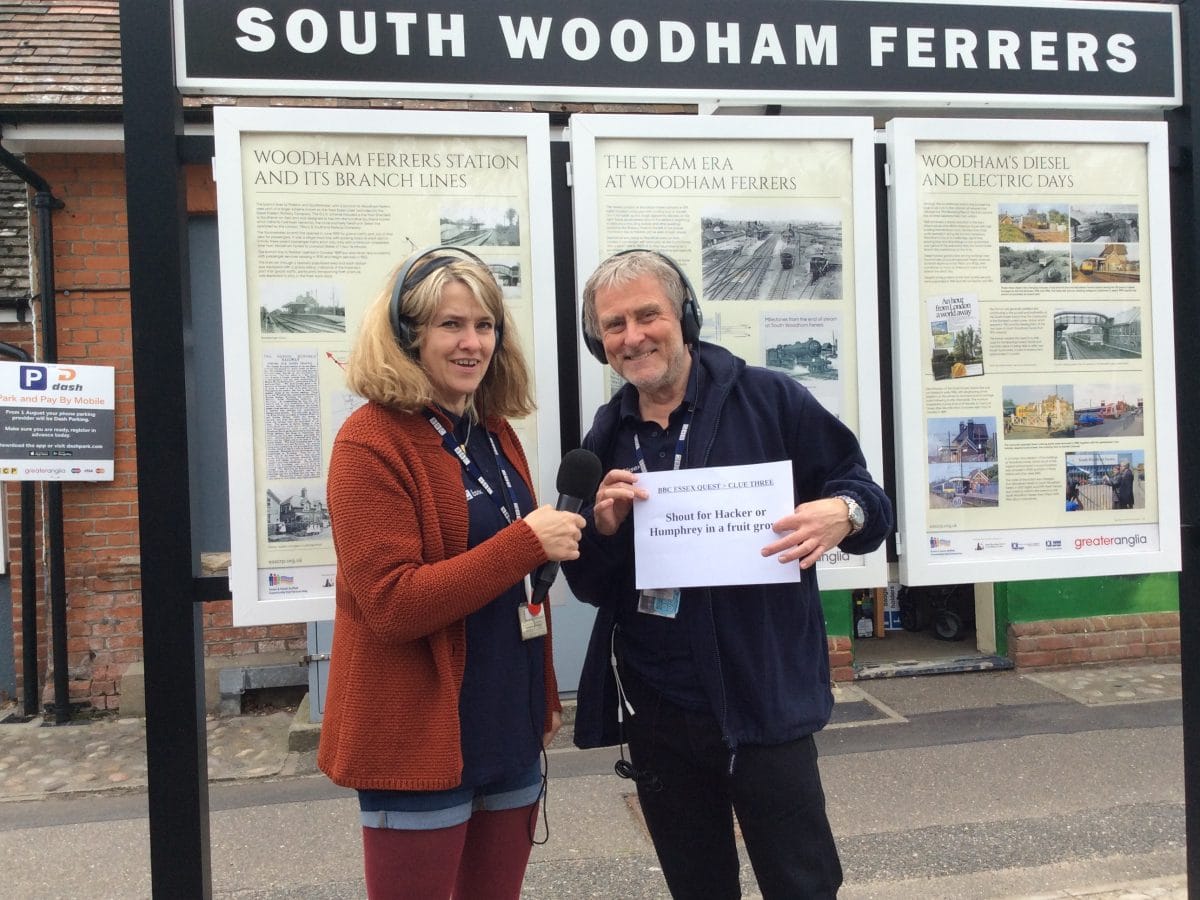 South Woodham Ferrers adopter Ged Cooper had invited the Quest to South Woodham  Station. Liana and Barry started in Great Baddow the first clue was for Paper Mill Lock our station was the second clue.

The clue was “Find a desirable garden, for this heroic outlaws polishing leather. Its a couple short of a 2016 vote in the waiting room” This proved a challenging clue and anchor man Eric Dixon said this was probably the hardest clue that they had in the history of the quest.

Once they arrived at the station the next clue was handed over, Liana interviewed Ged, Lynda Stone Community Rail Officer and John Frankland from The South Woodham Ferrers History Society. Lynda explained about ESSCRP and station adoption and had an opportunity to put a call out for adopters at North Fambridge. John explained his involvement in the History Board Project.

Then they were off to Southminster which was the next clue. Unfortunately because of the length of time solving t station clue Liana and Barry did not complete the quest.